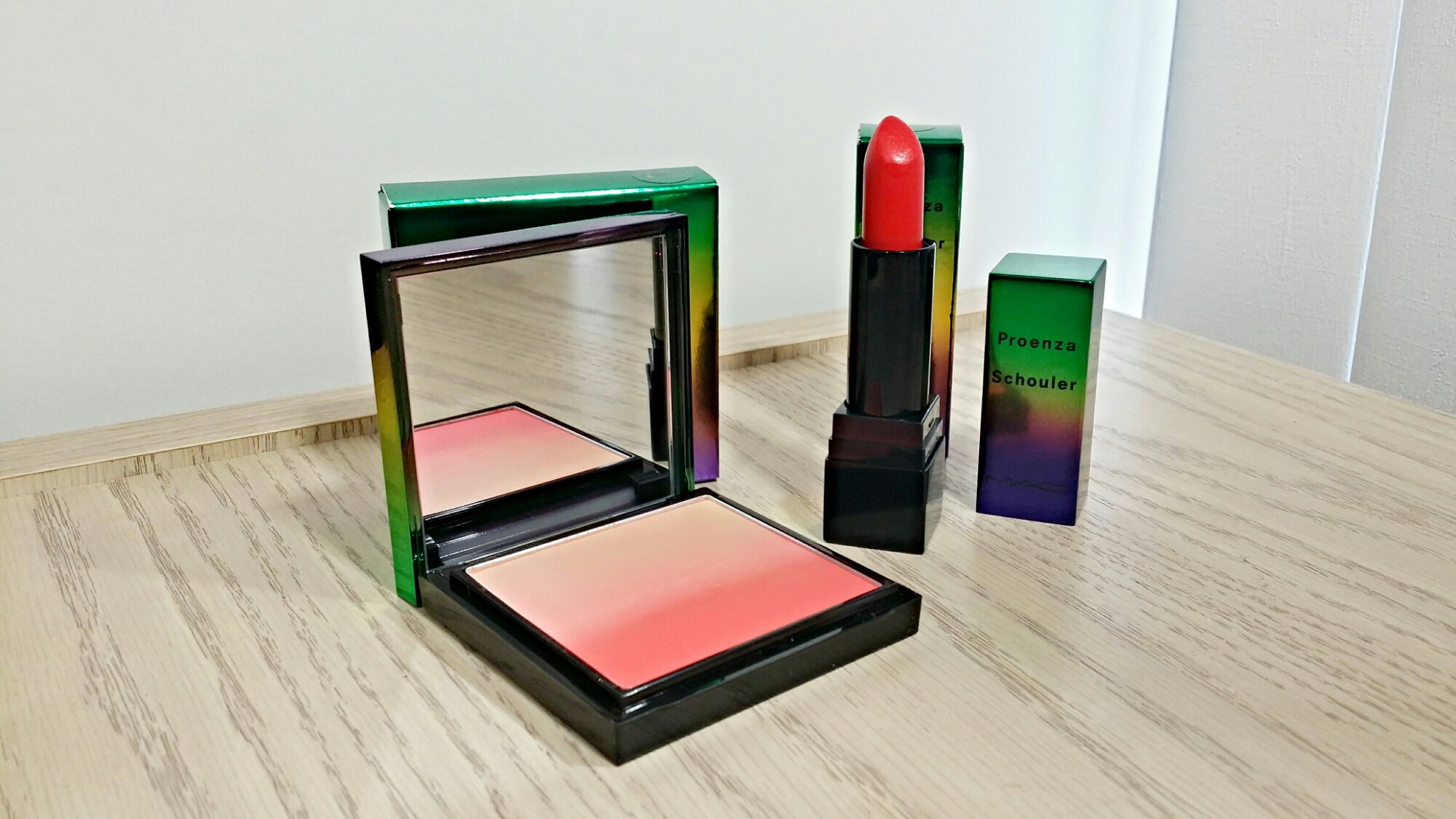 My Proenza Schouler haul is finally complete! Well, almost. I’m still debating on ordering Pinkfringe. Did I mention I was addicted to pink lipsticks? Anywho! My ombre blush has arrived! Which is a pretty big deal because MAC had some problems concerning the blushes. The collection was supposed to release earlier this month but was pushed back due to production issues. Somehow the release still turned out to be a disaster! A lot of people had problems tracking down the blushes at all and the ones who snagged them from MAC were sent the wrong shade. So color me excited when my Ocean City ombre blush arrived today from Nordstrom! 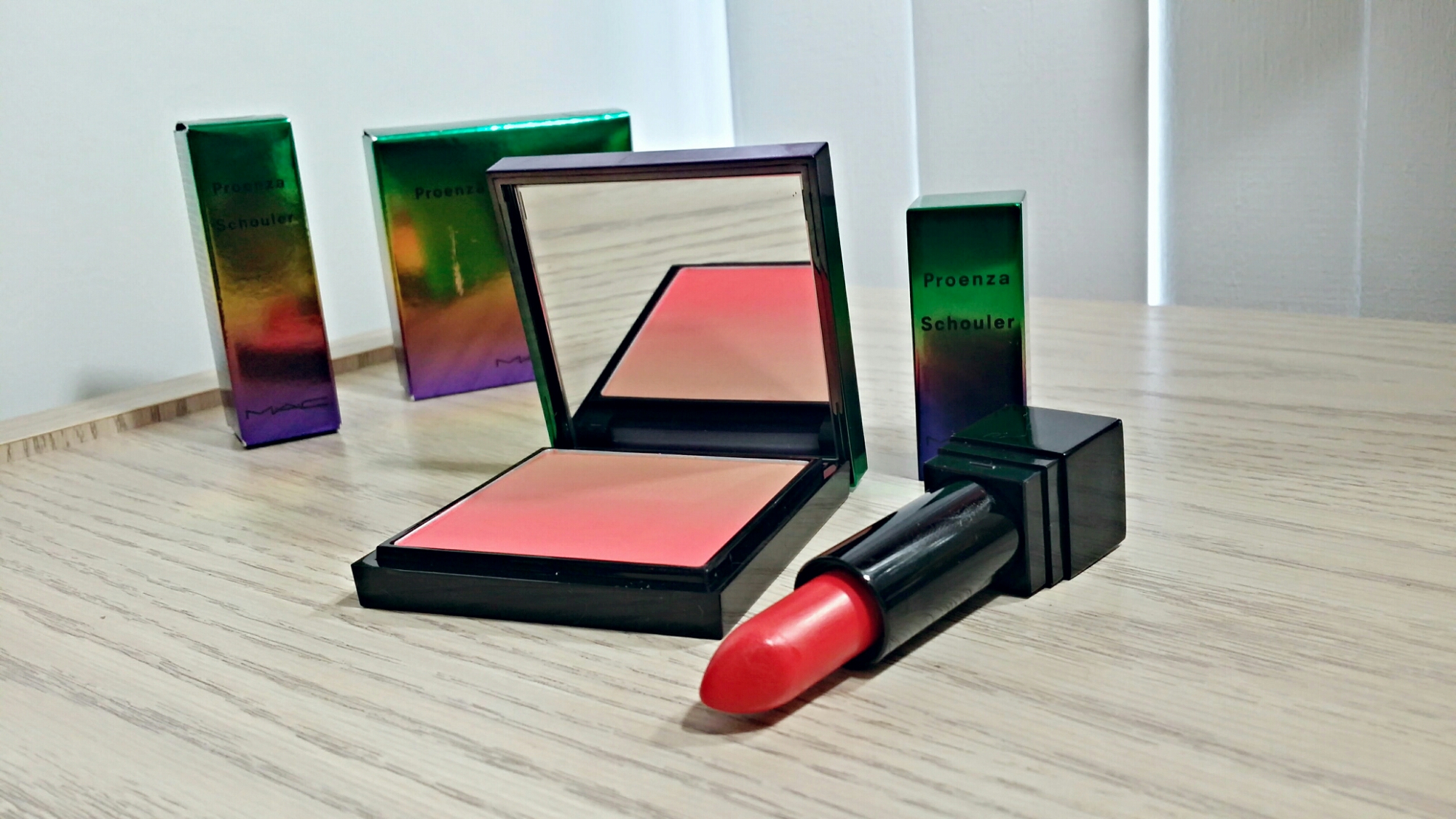 Lucky for me, I missed out on the MAC release (and all the drama) so I resorted to ordering Ocean City from Nordstrom. It was supposed to be on backorder until May 2nd but it ended up shipping out sooner. Yay! I wasn’t quite a fan of the packaging at first but it kinda grew on me once I got it in my hands. It’s not nearly as bulky as I thought it would be and the rainbow gradient is kind of cool. The blush itself is as beautiful as I imagined it would be! The tan, coral and orange ombre is such a treat for the eyes! I was a little worried though when I tried to swatch it because it felt hard like plastic. I didn’t get much color payoff at all in one swipe. I really had to layer Ocean City to get a good swatch. However, I brushed on a light layer with my MAC 116 brush and it came out to be pretty pigmented. It’s a little strange but no big deal really. As long as it shows up on my brown skin I’m happy! It looks like Ocean City is sold out pretty much everywhere at this point but MAC is working on producing more stock for the big snafu last week. Hopefully, you’ll be able to snag one soon if you haven’t already! In the meantime, enjoy some swatches! 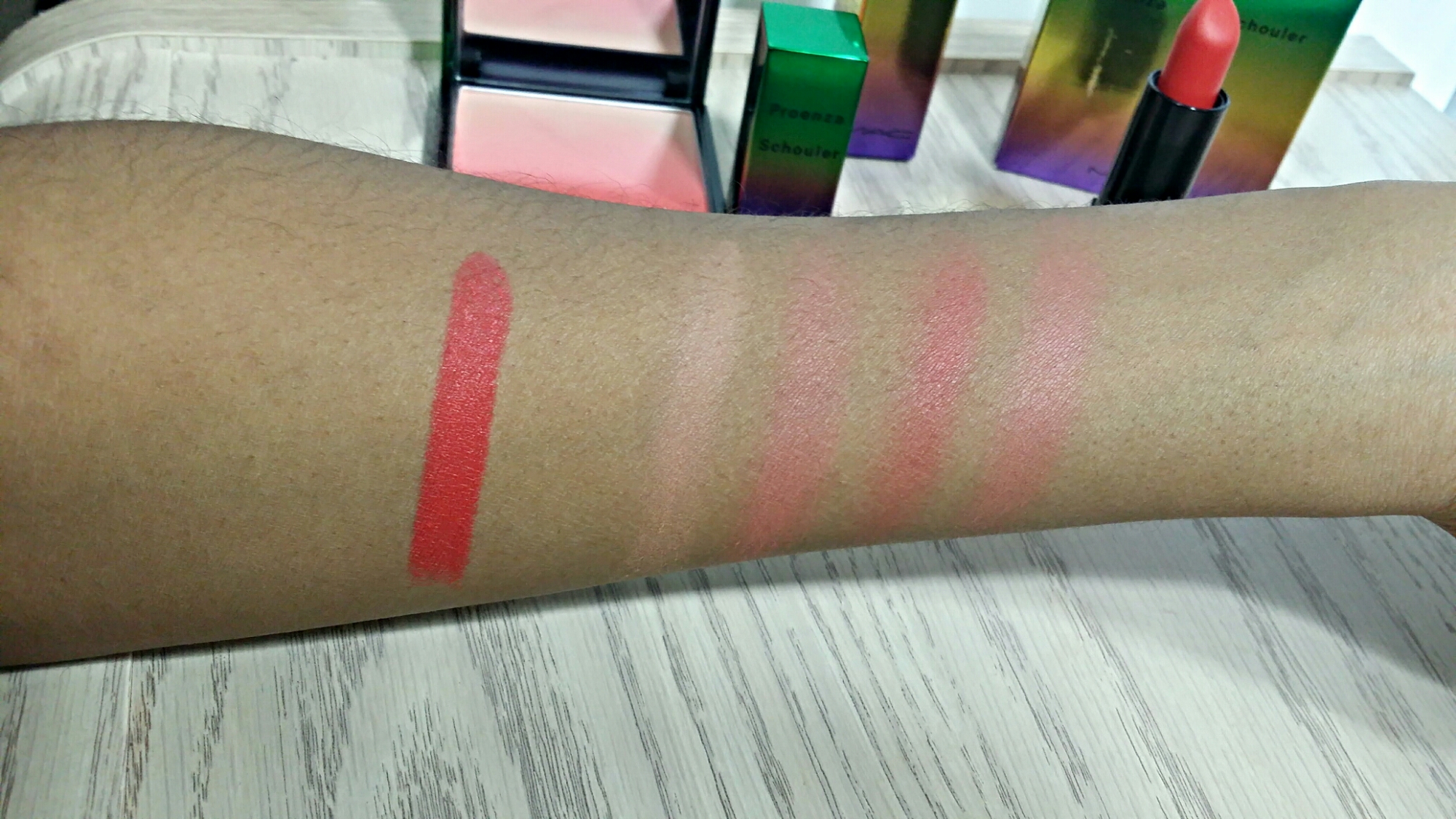 Welcome to my beauty haven!

Hello! My name is Fancie and I am yet another girl obsessed with the world of fashion and beauty blogging! I love all things makeup, hair, fashion, and nails and I'm here to share my knowledge and tips with you! I hope my countless reviews, swatches and looks keeps you both entertained and inspired! Be beautiful. Be glamorous. Be Fancie!